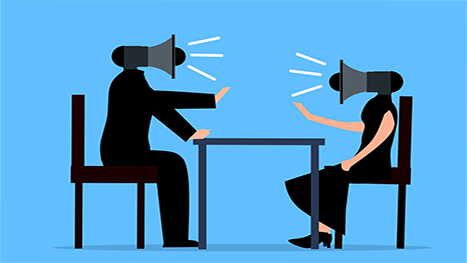 If you’ve been in a relationship for more than 10 minutes you already know that poor communication makes everything more difficult! Solving problems, discussing finances, parenting, resolving conflict, or even just deciding where to eat for dinner is difficult when you can’t communicate with your significant other. In fact, the #1 presenting problem that couples express when seeking counseling is…you guessed it….Communication!

In my experience, our attempts at resolving communication problems usually involve focusing in on personality differences, gender differences, or family of origin differences as we try to find some meet-in-the-middle solution to the differences in how we prefer to communicate. This approach may lead to small steps of progress but rarely resolve the communication issues that are most pervasive. The reality is that we won’t actually see a lot of change in natural communication styles no matter how much energy we put into closing the gap in this area. Instead, I have found that couples can make great strides in the area of communication by simply evaluating and eliminating the communication habits they have that actually hinder healthy conversation in their relationship.

I want to identify 5 Communication Killers that can be present in all relationships and ultimately prevent couples from communicating in healthy ways. The goal in identifying these communication killers is to give you some language to talk about them and also challenge you to evaluate and eliminate the killers that are currently showing up in your relationship.

If your partner feels strongly about something or believes something to be significant, whatever you do…don’t Minimize it! Minimizing something that your significant other brings to you will only ensure they stop bringing things to you in the future. We minimize with phrases such as:

Hearing any of those phrases will kill any hope the other person had that you may actually care about and understand them. Minimizing can often be unintentional which makes this subtle communication killer even more dangerous. You may desire to ease another’s pain or help them to see the situation as less serious so it is not as distressing to them. No matter how pure your intentions may be, minimizing will hinder communication.

Even if you don’t feel like the other person’s issue is a big deal, that’s not important in the moment. The issue is big to them, which is why they have decided to communicate with you about it. If you want continued access to your partner’s heart, you have to connect with how they are feeling in the moment.

Now before you get defensive and tell me how you’re not defensive, listen for just a minute! Haha, see how me just saying that made you a little defensive? It’s okay, it happens to all of us. Defensiveness is simply anything you do to Fight Off feeling bad. We all have different strategies for defending ourselves but here are a few you may recognize in yourself or others:

Some defensive strategies are more damaging than others, but all of them will shut down communication in a relationship. Defensiveness communicates to the other person that you are closed off to their feedback or input and aren’t willing to hear anything about your behavior. Defensiveness does not necessarily stem from the belief that the person is not wrong, but often shows up because the person already feels badly about themselves or their behavior, and receiving more confirmation of their inability to measure up can be overwhelming. Rather than feeling worse about this area of themselves, they would rather defend and deflect so they don’t have to continue feeling bad.

The long term problem with defensiveness is that other people will stop bringing issues to the defensive person because it just isn’t worth the energy it takes or pushback they receive. When the defensive person stops getting critical feedback from others they will wrongly assume the absence of feedback is due to their growth or improvement, when the reality is that they have just made it too painful for people to bother challenging them any longer. Communication is now relegated to only surface areas and the relationship will suffer the depth and intimacy everyone desires.

Since this is a safe place…in full disclosure…this is my biggest issue in relationships in my life. I have been fluent in sarcasm from the moment I entered this world. I’ve always got a joke, comeback or witty interjection on the tip of my tongue. It doesn’t matter if I’m at a bar or a funeral, whether I’m with close friends or complete strangers…I got jokes…and I always think they are funny and appropriate for the situation. And guess what?? Not everybody else thinks my sarcasm is as wonderful as I do. In fact, my wife has told me on numerous occasions that my sarcasm causes her to not feel safe with me. She never knows if something she shares with me will become the butt of one of my jokes later on down the road.

As fun and light-hearted as sarcasm may seem, to others it often communicates disdain and disrespect. The things another person may communicate and feel passionate about should not become the foundation of another’s jokes. Sarcasm hurts people, closes people’s hearts and takes healthy conversations in a painful direction many times.

For many people like myself who self-describe as sarcastic, the use of sarcasm can often be a passive-aggressive way to confront others. Because I don’t love confrontation I will often “clothe” my frustrations and concerns in sarcasm towards others so that if they get angry with me I can always just chalk it up to joking with them. The right thing for me to do is just be honest and direct with them, but instead I turn it into a joke and attack the person wrapped in humor. Sarcasm will cause those in relationship with you to guard their words and will prevent honest, vulnerable conversation.

Check out this video to learn more about Communication Killers! 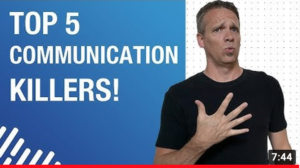 Can all my “always and never” people please stand up? If always and never show up in your conversations then you understand Universal Statements. One of the problems with universal statements is they don’t actually communicate reality so your message is already lost before you’ve started. There are certainly situations where your partner accidentally got it right or didn’t get it wrong, so when you use statements like Always and Never it simply isn’t true. The other person will then ignore and discount everything else you are trying to communicate because they don’t agree that “they always” or “they never” do that thing you’re bringing up.

The other problem with universal statements is they cause the person to feel hopeless. You are likely bringing up the issue because you desire change in this area. When you use always and never it communicates total failure. The other person is thinking to themselves, “If I never get it right or always get it wrong then what’s the point of even trying?” Rather than being receptive to your feedback and trying to improve in this area they will just give up.

It’s probably not true that your partner “Never loves you” or “Always forgets what’s important to you.” It’s more likely that you desire some specific actions from them you are not currently getting and that is hurtful. Stick with the specific issue(s) you want to address and avoid the use of Universal Statements.

“Nothing” (when it is something)

“I can’t do anything right”

“It doesn’t matter” (when it does matter to you)

“You’re right” (when you don’t believe they are right)

All of these shutdown statements will immediately kill the conversation and leave the other person feeling devalued. The issue is not resolved and usually the couple doesn’t return to the issue at a later time to discuss again. This pattern will leave a whole pile of issues that continue to be swept under the rug. Resentment builds, resolution takes a back seat and people learn to stop trying to discuss and resolve the issues in the relationship.

Now there are times when one or both partners in a relationship get emotionally overwhelmed or flooded and it makes sense to discontinue the current conversation before someone says or does something that will further damage the relationship. In this case it is okay to end the current conversation. Instead of just using a shutdown statement to end the conversation, try communicating both a need to pause the current conversation and a desire to come back to it later. Something like, “I’m getting too heated to properly discuss this any further. Let’s take a break from this conversation and discuss again tomorrow after work.” This will still provide the immediate relief that a shutdown statement does but also communicate you value the other person and desire to resolve the issue.

Rather than trying to make your partner communicate the way you do that is unique to your personality, gender or upbringing, focus in on these 5 Communication Killers and watch your communication and connection in the relationship grow and strengthen. 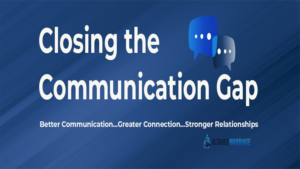 For more help on building a strong marriage, check out The Magnetic Marriage on Amazon and order your copy today! 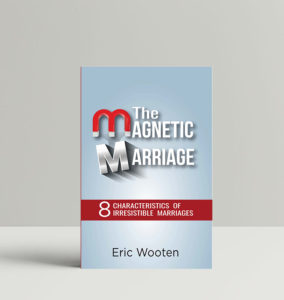 PrevPreviousHow to Emotionally Connect With Your Spouse
NextTHE SOULMATE DEBATE! Are soulmates real? Are soulmates biblical? How do you find your soulmate?Next 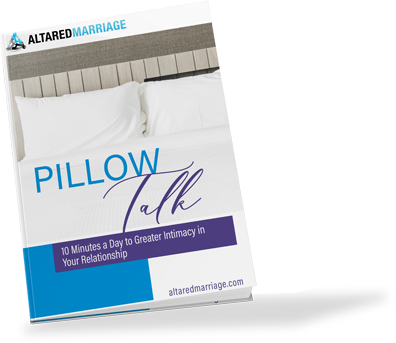 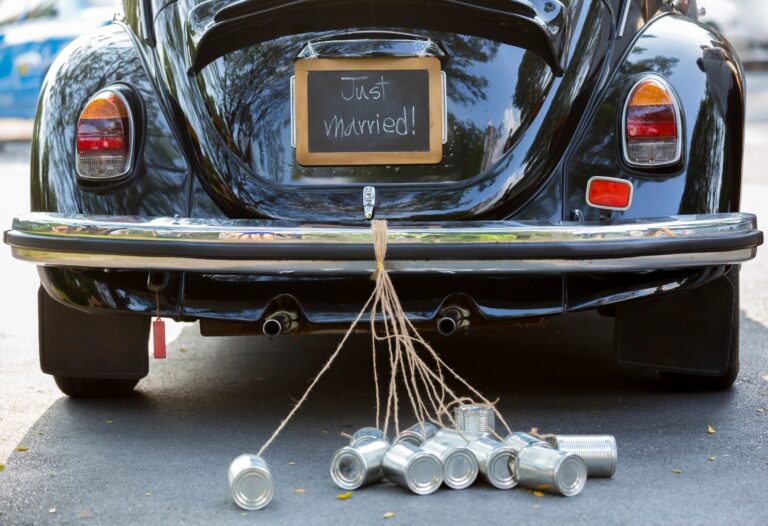 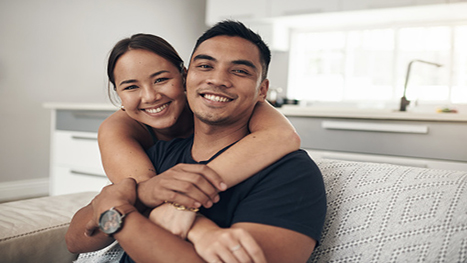